Our Family to Yours

For nearly four decades and across three generations, Anthony’s Ocean View has been a labor of love, from our family to yours. A native of the small town of Gioia Sannitica, Anthony Delmonaco arrived in the United States from Italy on June 5, 1965 and began working on Grand Avenue in New Haven. The rest, as they say, is history! Within five years, he was leading that store, and within 15 years he had grown a single store into 13 additional locations. That success and driven by his attention to his customers, led to the opening of a restaurant in Guilford in 1978, followed by Anthony’s Ocean View Fine Catering in New Haven in 1986 and another in nearby Meriden in 1990. By 1995, he decided to devote all his energy and attention to the rapidly developing Anthony’s Ocean View in New Haven and sold his other restaurants.

In the years that followed, his children -Natalie, Marcello, Caterina, and Fabio, joined both him and his wife Anna in the thriving business they had established on the magnificent waterfront in Morris Cove on Long Island Sound, and Anthony’s Ocean View has been owned and operated by the dedicated Delmonaco family ever since. The dedicated staff – many of whom have been with the business for more than two decades – are truly an extended family. Well-known and highly regarded as among the finest and most successful wedding and event venues in Connecticut, Anthony’s Ocean View and the Delmonaco family have been actively involved in the community for decades, supporting numerous nonprofit organizations, events, and charitable causes, quietly assisting local families in need, donating time, food and gift certificates as well as becoming a popular gathering place for families, friends and businesses looking to gather to enjoy fabulous food and memorable occasions. Along the way, Anthony and his wife Anna have been blessed with four children – who you’ll see with them leading operations and assisting customers at Anthony’s Ocean View – as well as eight glorious grandchildren. From our family to yours, welcome! Whenever you’re with us, please say hello!

Please join us throughout the year for many fabulous events here at Anthony’s Ocean View. Due to COVID-19 safety guidelines, our Annual Winter Wedding Showcase in January was not able to take place, we are still offering private venue tours at this time! We look forward to resuming our exciting schedule of events - something for everyone, year round! 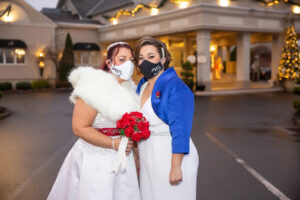 How to Celebrate During A Pandemic

First and foremost, lead with safety.  There are guidelines and protocols in place to assure ...
Read More 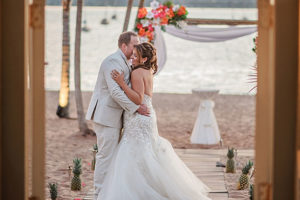 How to Find a Connecticut Wedding Venue

The most wonderful day of your life is quickly approaching. Naturally, you're flush with the ...
Read More 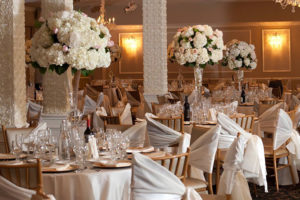 How to Decorate a Wedding Venue

A wedding design presents both huge opportunities and challenges. Because this is your special day, ...
Read More
All Blog Posts

MAKE IT YOUR OWN

Come and experience over 40 years of excellence.
A welcome from our family to yours.